Help improve the lives of fisherfolk by providing motorized fishing boats to those in need. 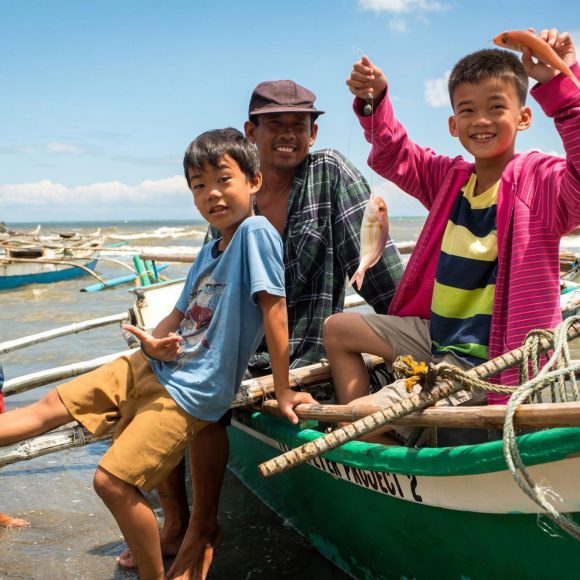 The Peter Project began in early 2013 as an initiative to provide motorized fishing boats to fishermen’s helpers who were earning only about P50 (a little over $1.00) a day, but had the potential to earn more using existing skills if only they had boats of their own.

After supertyphoon Haiyan devastated many parts of the Visayas on November 8, 2013, the project quickly expanded to help fishermen whose boats were destroyed by this disaster, and later other typhoons as well.

The initiative is named after St. Peter the Apostle, who was a fisherman before he was called to be a “fisher of men.”

Our goal is to allow fishermen to reclaim their source of income as soon as possible, reducing the negative impact of the disaster on their lives and that of their families and communities, through generous donations from individuals, charity groups, local governments, and corporations.

Email [email protected] for more information about this project.

When Nelia Jacinto passed away late last year, the family requested that sympathizers make a donation to charity in lieu...

We happened to spot those familiar Peter Project boats on the shores of Carles, Iloilo. These were some of the...

YOUR DONATIONS HAVE SUPPORTED

children enrolled in our Mingo Meals nutrition program as of February 28,2021

tools distributed to skilled workers as of February 28,2021

LoveBags delivered to school children as of February 28,2021